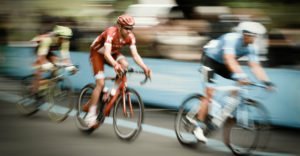 At the start of 2017, the global cryptocurrency market cap, that is, the total value of all cryptocurrencies like Bitcoin and Litecoin, was just under $18 billion USD. This was already a very promising increase from just $7.1 billion the year before. Compared to what was about to come however, even that increase seems minuscule. As of mid-June 2017, cryptocurrencies have reached a global market cap of just over $115 billion. That’s a 533% increase in less than half a year!

Payza has been keeping a close eye on the exciting new cryptocurrency trends, and in 2014, became one of the first e-wallets to allow its members to load and withdraw from their accounts using Bitcoin.

Until a few months ago, Bitcoin’s dominance, or the percentage of Bitcoin’s total value compared to the total combined cryptocurrency value, held steadily between 80% and 90%. Since March, however, there has been a tremendous rise in both awareness and value of Bitcoin alternatives, dubbed Altcoins. As a result, Bitcoin’s dominance has dropped significantly, making up just under 40% of total cryptocurrency value as of mid-June.

Built on the Ethereum computing platform, Ether (ETH) was released in May 2015 and has since gathered strong support from developers and investors alike, despite a hard fork in 2016 that prompted the creation of the Ethereum Classic (ETC). Following the success of the network and a growing market capitalization, multiple ventures are aiming to use Ethereum for projects related to finance, energy sourcing and pricing, sports betting, the internet-of-things, etc.

With an adoption rate that rivals that of Bitcoin, both experts and enthusiasts are becoming reluctant to use the term ‘altcoin’ when referring to Ether. There’s even speculation within the community that Ether will soon overtake the current leader, an event humorously named “The Flippening.”

With partners from multiple Fortune 500 companies (Microsoft, J.P. Morgan, Intel, etc.), research groups and blockchain startups, the nonprofit organization Enterprise Ethereum Alliance was established in March 2017 with a vision: to augment the Ethereum blockchain by creating a private version (currently known as EnEth 1.0), based on a reference architecture focusing on confidentiality, privacy, scalability and security. It will facilitate collaboration, as everything created will be open-source, making the EEA evolve alongside the public Ethereum community in harmony.

A Surge of ICOs

Part of the extraordinary increase in cryptocurrency value during the second quarter of 2017 is attributed to growing cryptocurrency awareness, the creation of the Enterprise Ethereum Alliance, but also to a multiplication of successful Initial Coin Offerings (ICOs), crowdfunding campaigns dedicated to projects that build upon the Blockchain to provide solutions to existing problems or to future-proof the technology. Among the top ten crowdfunding projects, six are cryptocurrency-related, all based on the Ethereum blockchain: Bancor, the DAO, AEternity, MobileGo, Basic Attention Token and Aragon.

These projects, which have raised just over $477m, show tremendous support for the Ethereum blockchain, which was itself crowdfunded in September 2014 for $18m, a figure that pales in comparison of recent investments.

Payza has kept a watchful eye over all cryptocurrency developments, not just developments related to Bitcoin. As such, we’ve already started exploring and developing new ways to incorporate Ether and other Altcoins into our global online payment platform.

About the Author: Firoz Patel

In 2005, I founded AlertPay Inc. – a versatile and globally-used online payments solution. As Chief Executive Officer, I directed and oversaw the entire operations of the organization. I have successfully brokered the acquisition of AlertPay's strategic assets by UK-based MH Pillars.